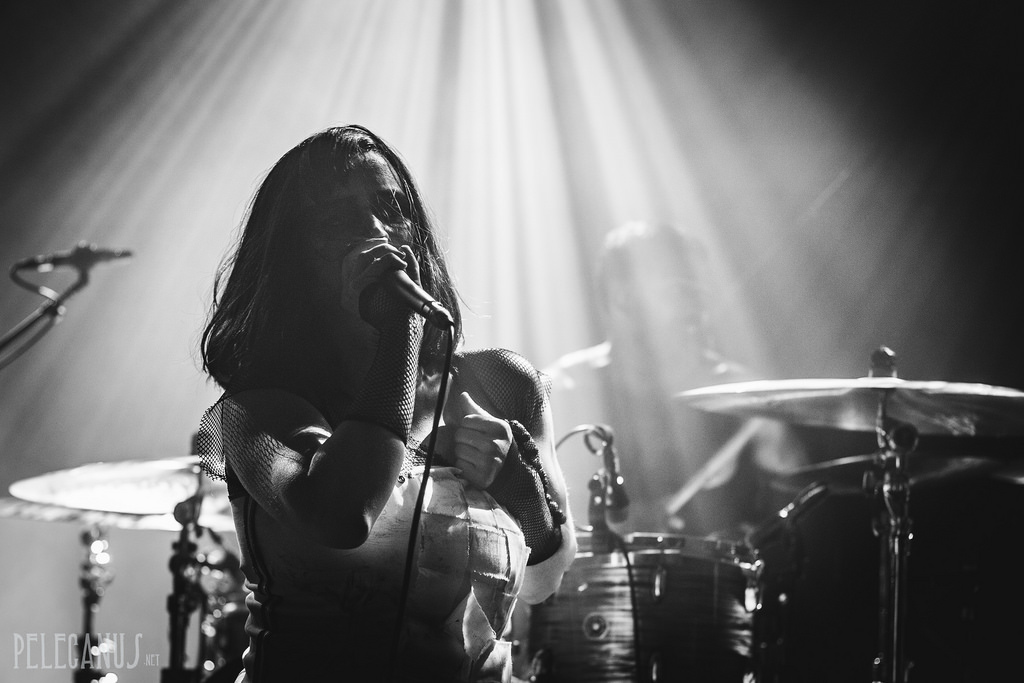 Julie Christmas is an American musician from Brooklyn, New York. She is the former lead singer of defunct Brooklyn-based noise rock band Made Out of Babies and the former lead singer of defunct post-metal supergroup Battle of Mice. In 2010, she released a critically acclaimed solo album titled The Bad Wife, and in 2016, she became a featured member on the Swedish post-metal band Cult of Luna's album Mariner. Christmas is involved with Spylacopa, an experimental music project headed by Candiria guitarist John LaMacchia, which in the past has featured Greg Puciato, Jeff Caxide, Sabrina Ellie, Vanessa Twyford and members of Candiria. Spylacopa released a self-titled EP in 2008 followed by a studio album in 2015. Both releases featured performances by Julie Christmas.

Vaureen is what it would sound like if Sabbath joined Siouxsie and Sonic Youth for an epic weekend mushroom trip. The band is Andrea Horne, Marianne Do, and Cale Hand. IN 2016 Vaureen self-released the ‘Violence’ EP which featured two music video releases for the songs ‘Tough Guys’ and ‘Rectangles’ respectively. In 2018 the band released their first full length album ‘Extraterra’ through Rising Pulse Records.